As a business owner or manager, it's easy to focus on injuries that might happen at your location. However, the law says a business is responsible for its employees whenever they're engaged in work.

This includes scenarios where they're away from your site. An employee might be off the clock and still considered working for workers comp insurance purposes. Suppose the boss asked someone headed out on their lunch break to drop off some mail. While that employee is on the way to doing that task, they're on the job as far as workers compensation rules care.

It's important to delineate the line between employees and contractors. A contractor is an at-will worker who doesn't have to appear regularly at proscribed hours. They can outright refuse assignments if they want. If you have a contractor on a regular schedule, there is a risk a court might determine they are an employee.

Companies can end up paying compensation out of pocket because they didn't put such workers on the payroll. If you plan to use contractors, talk with a workers comp insurance agent. Tell them about the working arrangement and learn whether they count as a worker for insurance purposes. When in doubt, put someone on the payroll temporarily and provide coverage to avoid the risk of a major lawsuit if they get hurt on the job.

Some states require in-state workers comp insurance coverage for employees even if they're insured elsewhere. California, for example, requires coverage for employees who regularly come into the state. Especially if your business is within two or three counties' distance of a state border, you should be aware of this possibility. Imaginably, this can get fairly complex in regions where several states come together.

When people imagine the typical workers compensation claim, they may picture an object striking a construction worker. However, not all injuries are instantaneously evident or linked to one action.

Suppose you run a design agency. It might feel hard to imagine a workers comp insurance claim arising from an employee creating graphics on a computer. However, they could develop carpal tunnel syndrome from repetitive stresses in their hand. 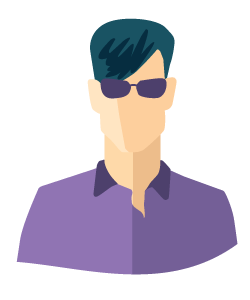